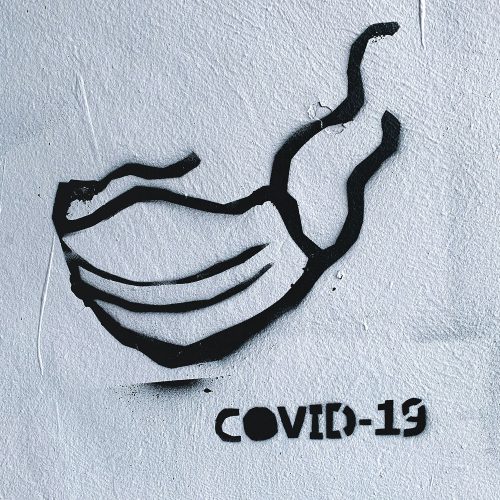 Amid the pandemic, a growing public health concern looms over the horizon—receiving far less attention and funding as the country has focused its efforts on the threat at hand.

According to the C.D.C., more than 87,000 Americans died of drug overdoses in the 12 months ending in September, surpassing the toll from every year since the opioid epidemic started in the 1990s. Illegally manufactured fentanyl, other synthetic opioids, and stimulant drugs like methamphetamine were the leading cause.

According to the C.D.C., more than 87,000 Americans died of drug overdoses in the 12 months ending in September, surpassing the toll from every year since the opioid epidemic started in the 1990s.

Blindsided: A Pandemic within the Pandemic

Throughout the months preceding the coronavirus pandemic, overdose deaths began to rise again. It’s difficult to say how closely the two phenomena are related, especially having an all-time low overdose-related deaths in 2018. On the other hand, the pandemic unquestionably worsened the trend.

Several rehab facilities closed, and many “drop-in centers” that offer the necessary care, clean syringes, and naloxone (Narcan) have yet to be restored entirely in many cases.

“The highest increase in mortality from opioids, predominantly driven by fentanyl, is now among Black Americans, and when you look at mortality from methamphetamine, it’s chilling to realize that the risk of dying from a methamphetamine overdose is 12-fold higher among American Indians and Alaskan Natives than other groups.”

Drug Cocktails: Mixing drugs more than ever before

Dr. Volkow went on to say that opioid mixes, such as fentanyl or heroin combined with stimulants, were causing more deaths than ever before. She comments:

“Dealers are lacing these non-opioid drugs with cheaper, yet potent, opioids to make a larger profit. Someone who’s addicted to a stimulant drug like cocaine or methamphetamine is not tolerant to opioids, which means they are going to be at high risk of overdose if they get a stimulant drug that’s laced with an opioid-like fentanyl.”

Johns Hopkins’ associate professor at the School of Public Health, Brendan Saloner, and his colleague, Susan Sherman, conducted surveys of drug users and people in therapy in 11 states and found that many had resorted to using drugs to cope with the stress-inducing lockdowns and social distancing during the pandemic. However, what’s even more alarming was that more than half of the participants said the medications they used were cut or blended above their usual average.

Dr. Saloner said, “the data points corroborate what I assume, which is that people who were already using drugs started using in ways that were higher risk, particularly when they used alone and from a less secure supply.””

In addition, fentanyl has been found cut in counterfeit drugs in alarmingly increasing amounts. It has found it’s marketed illegally as prescription opioids or benzodiazepines (sedatives like Xanax used as anti-anxiety medications) and many methamphetamine derivatives.

How is the New Administration Dealing with the Drug Pandemic?

President Biden’s Office of National Drug Control Policy released an overview of its goals for combating the addiction and overdose crisis last week. It included policies that the Trump administration supports, such as improving access to opioid addiction drug care. Unfortunately, they depart from Trump’s approach by promising to fix “systemic inequities” in prevention, treatment, and rehabilitation.

And, even though the Biden initiative supported addiction medications, soon after taking office, Biden reversed a decision made by the Trump administration that would have made it more convenient for physicians to prescribe buprenorphine, a lifesaving anti-craving drug for opioids addiction. This proposal, according to members of the new administration, was not legally sound at the time. Many addiction experts are currently advocating for the repeal of policies that were already loosened during the pandemic. The drugs used to treat addictions are presently not required to be obtained from hospitals or physicians’ offices.

While several programs that provide opioid users with medication, naloxone, and other services have reopened in part as the pandemic has progressed, many others have remained closed or seriously hampered—many of which had already suffered financially over the years. At the University of Washington, assistant professor Sara Glick conducted a survey last spring and found many of them closed temporarily during the pandemic. With many programs services cutting back, reducing the number of people they can serve, she commented:

“With health departments spending so much on Covid, some programs have really had to cut their budgets.”

Sara also touched upon the simultaneous rise in H.I.V., saying that it “can mean seeing fewer participants, or pausing their H.I.V. and hepatitis C testing.”

The sudden rise of H.I.V. cases has been recorded in many parts of the country, coinciding with U.S. states prevalent with heavy injection drug use. Many cities such as West Virginia, Charleston, Huntington, and Boston have taken countermeasures by having laws passed requiring new limits on syringe exchange services–further affecting many syringe exchange programs.

Biden’s American Rescue Plan Act provides $1.5 billion for drug abuse prevention and recovery, as well as $30 million for local facilities that help people with addiction, such as syringe exchange programs. According to the Office of Drug Control Policy, while government funds are still prohibited mainly from being used to purchase syringes for drug users, the prohibition does not extend to stimulus funds. The administration reported that federal funds will now be used to buy short fentanyl test strips, which can be used to see whether products have been mixed or cut with fentanyl.

PrevPreviousDo I Need a Therapist?
NextHow Can I Benefit from Therapy?Next

Keep Up With Enhance Health Group

How to Help Someone with Social Anxiety